The following is a list of the teachers who made the greatest impact on Carolena's voice and career: 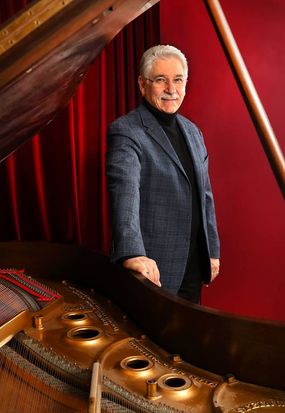 David Jones has developed an international career as author, vocal pedagogue, and teacher of singers and teachers in Europe and the U.S.  He is a graduate of Texas Christian University with graduate research at the University of North Texas. Having also researched at the Groningen University Hospital (Groningen, the Netherlands) and the Laboratoire de la Voix Voice Clinic in Paris, he has had the opportunity to study how Old World concepts can be therapeutic in treating voice disorders. He also works in conjunction with the practice of Laryngologist Dr. Benjamin Asher in New York.

In 1979, he studied with internationally known vocal pedagogue Allan R. Lindquest (1891-1984), founding member of NATS and the Amercian Academy of Teachers of Singing. It was through Mr. Jones’ study with Lindquest that he learned the concepts of Lindquest’s teachers, which included Enrico Caruso, Mme. Ingebjard-Isene (teacher of Flagstad), Joseph Hislop, Maestro Rosati (teacher of Gigli) and Mme. Novikova. Additional instructors of the Lindquest concepts with whom David Jones studied include Virginia Botkin, Dr. Suzanne Hickman, and Dr. Barbara Mathis, who performed scientific research on the therapeutic benefits of the exercises. It was through this study that Mr. Jones studied the concepts of the Swedish-Italian School of singing.

The above list is by no means complete.  Carolena is extremely grateful to all of the artists and teachers who have contributed to her music education.  There have been many who have influenced her who have not been named here, such as various "A List" music professionals living in (or who have visited) the greater Las Vegas area, along with members of Las Vegas Musician's Local 369. There have also been significant contributions made by fine professionals from Seattle, WA, Portland, OR and other cities; as well as additional instructors at the University of Nevada, Las Vegas (UNLV).